When you are thinking of buying tactical scopes, you first need to be sure of the need for them and the sort of shooting that you intend to do.

Tactical scopes are used by military and law enforcement agencies, but among the general public they are more likely to be used for hunting. It will also be useful to know the maximum range that you are looking for and likely light conditions, which may sometimes need other devices for enhancing light. The caliber, weight and length of the rifle that you plan to use is also important as the tactical scope you buy must suit the rifle in every way. 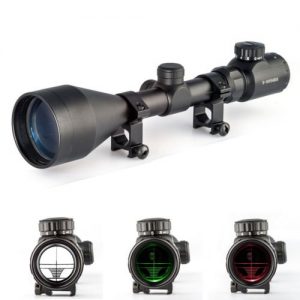 The size and weight of the tactical scope on a rifle can also make a lot of difference to a hunter or other user. So if you have to follow your quarry in wooded conditions, a heavy tactical scope can at times be a disadvantage. The heavy tactical scope can also cause uneven weight distribution and make it difficult to maneuver the rifle. The weight of tactical scopes is noted in the scopes dimensions and weight descriptions, so choose according to your needs. The field of view also becomes very important when you are hunting fast moving targets, as they can move out of view very easily if your field of view is small.

Tactical scopes will come with different types of reticles, which are the devices that you used to focus on the target. Some tactical scopes will come with range finders. This allows you to compensate for wind and bullet drop. This is very important when the targets are a far distance away and can make the difference between hitting the target and missing it. Reticles are made of wire or etched on to the glass. Some of them have small dots on the cross hairs and can be used to roughly judge distance depending on the number of dots that are covered by the target. Some tactical scopes may also have bullet drop compensation or ballistic elevation marked on them, but these must match the cartridge and rifle that is being used.