Tactical rifle optics, how to choose?

Some basic advice to help you choose.

Well first we need to ask what is the intended application of the rifle in question? Are you looking to build a tactical sniper rifle, close combat rifle, or more of a general multi situation tactical rifle?’

Many long range rifle scopes are designed for a particular caliber of bullet, they are even calibrated for individual bullet weight. This will be an important design specification to consider when determining a tactical sniper scope. You would not want to use a scope specifically designed for a.223 round on a.308 rifle. 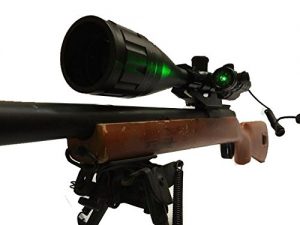 The next in our list is a tactical rifle used for close combat situations. For this type of application many people like the “red dot” type of sights or a Holographic type of sight. The red dot sight made famous by “Aimpoint” is great for super fast target accusation. Unlike using the standard factory iron sights, where we must line up the rear sight with the front sight to be on target a red dot type of sight allows us just to center the “dot” on our target. This allows changing targets extremely fast and accurate.

The laser sight may also be considered for close combat. The laser sight “projects” a small dot on the target itself. Two things to consider here. First if the laser dot is noticed it may give away a tactical advantage. But on the other hand it can be used as a great deterrent in some situations, such as possibly a hostage situation. This is debated by professionals.

The last in our list is the multi situational rifle, sort of the jack of all trades or Swiss army knife of rifle. This is the perfect rifle for a tactical combination scope that offers aspects of many different scope designs. This would include both a red dot optic, laser and a small degree of magnification of the target. Many scopes of this type also include an option for a flashlight attachment for low light applications.

Also we can use a combination of optics on a single rifle. For instance, a red dot laser combination with removable magnification tube and separate under mounted flashlight. Or even mounting a small red dot sight on top of a longer range scope.

Plan the type of tactical scope well, second to a quality rifle it is just as important.